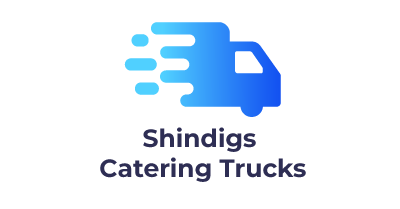 So for the last two weeks or so I’ve started working on the proposal for my research MA. It’s been…

So for the last two weeks or so I’ve started working on the proposal for my research MA. It’s been tricky. I think it will relate to cooking and creativity. And in particular, what psychological factors block our creativity. To put it in my language, what blocks one’s foodstinct. This MA is in Psychotherapy and it will have a heuristic (self reflective) component. So, like any good therapy student, I started to notice where my creativity was coming from. And of course, to notice the blocks.

And so I made cake.

I started with some blood oranges. I’d had them about a week, they were hanging in my fruit basket and, frankly, I was getting worried. It wouldn’t be long before they might become waste. Though my worms would love them, they deserved a brighter future. Then I saw a tweet. Down in Surrey, turquoiselemons had gone and made a blood orange drizzle cake. That was that, creativity can be copying,right? Or picking up on someone else’s influence. Then, I realised this cake was going to be my entry to our teams weekly cake competition. (last time I made lamingtons), Competition is tough in my team. I needed a bit of a splash (Hmm, so necessitycan trigger creativity, interesting). Now I can’t place any external stimuli which triggered this idea. In fact, if I had to name it, I’d say my intuition conjured it up. As Jung might say an intuition might tell you whither something is going and from whence it came, even if you can’t perceive either.

In this case, I guess I intuitedto candy some blood oranges to top the cake. (Read more: 10 ways to find your foodstinct). Intution aside, I needed some assistance with the technique of candying. I recognised some anxiety around the idea of boiling a sugary syrup. I suspect it linked to a horrendous experience of burning toffee when trying to make toffee apples when I was about 12. This anxiety, if not released, could soon become a more permanent, self sabotaging block. The way forward: KNOWLEDGE. Knowledge can enable some creativity. I got into google, found a recipe for candied orange slices and began slicing and boiling. The next bit was pretty straight forward. I followed Sarah’s recipe. No major substitutions. Plenty of precision measuring. The odd spot of photography. And yes, some Kitchen Aid posing. The recipe for the drizzle cake called for a sugar, water and juice syrup.

But I had a bunch of syrup from the strained candied orange. The juice of half a blood orange and, the usual suspects in my pantry. So, it seems, creativity can stem from improvisation too. I tasted the mixture, it needed more sweetness. So everything’s cruising along quite nicely. Now, I’m rather partial to my drizzle cakes in a loaf shape. But my only loaf tin tends to get a bit wonky around the middle when it’s full of cake batter. So I found some ceramic beans and propped up the edges. Creativity can also arise when we learn from prior experience. Indeed, since fear of failure is a frequent block to cooking, isn’t it interesting that in making a mistake, we better enable creative expression the next time around. So when the cake was cooled, poked and soaked, I arranged the candied orange on top, drizzled some more drizzle and sprinkled some sugar. I hope the whole thing sticks!

As I play with the Pax 2, these are my notes, documenting the hidden functions. I thank everyone who helped…

While THC juice and THC vape oil UK are different, there are many similarities. The same rules apply to choosing…

How To Choose A Good Restaurant?

How To Choose A Good Restaurant?

Indian Food for the Whole Family

Top eateries in Ottawa you cannot afford to miss

Four things we bet you didn’t know about Jamaican Cuisine

What Makes Ice Cream One Of The Most Popular Desserts Of All Times?

Why Should You Always Book A Cake On A Professional Cake Bakery Website?